There is A LOT of information out there on the disappearance of Maura Murray and in order to sort through the fluff and get down to the true details, we ask Lance and Tim to clarify important facts about the case. 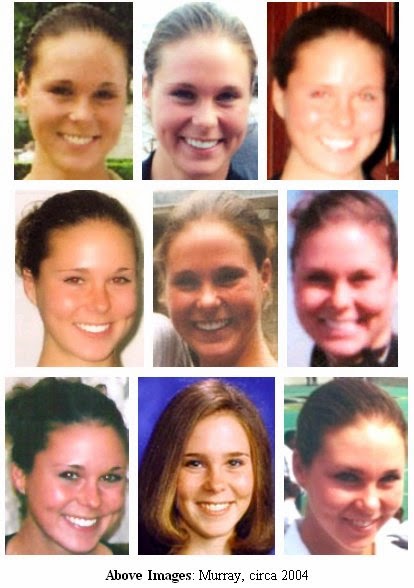 Has there been any documentation of Maura having drug, alcohol, or mental health problems?

Lance:  No, there is no clinical documentation of any of those.

If Maura was so close with her parents, why didn’t she tell them she was running away?

Tim: Well, that’s a misconception, she wasn’t really close with her mother, her mother was out of the picture at the time.  And we don’t know if she told her father, we can’t really comment on that.

Lance: To the people that said she ran away, that believe that Fred probably knows where she is headed or that the four thousand dollars was for her to get an abortion and start a new life…my answer is I think she wasn’t necessarily leaving forever so she never thought to say goodbye to anyone, because it was not goodbye for her.

In her email to her boss and professors she said she’d be gone for a week, which obviously implies that she planned on returning.

Lance:  Yes, if you are to believe that, although part of that email is a lie, I mean, we know that there wasn’t a death in the family.  So it’s hard to take that second part of it as definite truth, but yeah, as I say on the podcast, I definitely don’t think she left UMASS planning to kill herself.  I don’t know if she was planning on going back to UMASS, I know that’s a debate too, but I know she didn’t intend to kill herself.

Why did Maura stop talking to her boyfriend, there were many missed calls that last night, what was going on in their relationship?

Lance:  They were breaking up.

Tim:  I don’t think that’s too uncommon a situation to arise, especially around that age of 22 or so.

Do you think Maura met someone at Sara Alfieri’s dorm room party?

Tim:  I don’t think that if there was someone else in the picture that she met him at that party, I think she would’ve met him before, but maybe there was someone else in the picture.  We’ve heard that she left with some guy from that party, but what Lance and I both want to stress is that the use of the word “party” is not accurate, it was in a dorm room, like five people in there and we’ve also heard that there were only three of them, that was the story everyone got from them specifically.  So to say that there were tons of other people there and that she left with some guy from there is incorrect, you’re making leaps then.

Lance:  Exactly, it wasn’t your big traditional party.  So when people say they don’t understand why they can’t remember who was at that party a couple nights before she went missing, that puts this thought in people’s minds that it was her farewell party and that she met this stranger…

Tim:  or hooked up with this random guy.

Lance:  …right, it’s so frustrating to hear!  Like Tim said, there is no evidence to support that!  We know that there was a gathering, we know that maybe she left at the same as another human being that was a male, but that’s all we know.  The rest of it is just making stuff up!

Lance:  I think that she probably left around the same time as somebody.  The way that it plays out it my mind is that they tried to stop her from leaving because they said she was insistent on bringing, and this is a fact, that she was insistent on bringing her dad’s car back.  I don’t know what happened after that, but that’s pretty much all I can responsibly theorize about that night.

Moving on to the accident scene, if she was going to kill herself, why would she have the insurance paperwork for the accident she had with her dad’s car?

Lance:  Well, exactly, you wouldn’t have bothered to get those papers, let alone keep them!  And also, Tim was telling me one time and was also mentioned on the podcast, which was really mind-blowing at the time because I had never thought of it…her gas tank was almost at full, why would she fill up her gas tank if she was planning on killing herself, she had a destination.

Medical experts assert that the last car crash could have caused serious head trauma and even a slow brain bleed which could have caused Maura to get confused and wander off from the accident site.  What do you think about this theory?

Lance:  I think that is possible, well we know she was in some kind of stressed out state because she wasn’t making the best decisions anyways.  I think that if she had hit her head hard enough to cause her to not be thinking straight, I think she would have gotten into a car, not wondered off into the woods.  Given the amount of evidence and footprints not found in that area and the amount of searches they did in that area and not finding a body, I would lean towards it is possible that she had a head trauma which impaired her judgement, but I think she would have then gotten into another car.

*There’s plenty more to discuss in part 3 of our interview, stay tuned!