Justin is the other half of The Generation Why Podcast true crime investigation team and with a second solo podcast, The Peripheral, he’s got lots to say!  In our interview, Justin answers some true crime questions and talks about life as a podcaster.

What’s next for the podcast and what are your future plans?

We are going to keep growing it.  Because when we speak, we have over 100,000 people listening, which is kind of scary and invigorating all at the same time.  We are also going to try and monetize it more, so we can do it more.  As for future plans, I will always be podcasting.  Will The Generation Why Podcast be around in 10 years?  I hope so in some form!  Whether it be a multi-network podcast distribution or a TV show, I hope it grows to something more than it is now.

So before we get started with some true crime case questions, tell us about your new solo podcast The Peripheral. 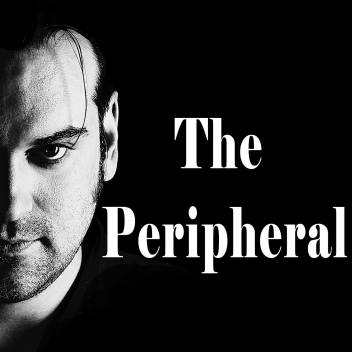 We asked Justin to comment on some of the same cases that Aaron did, check out his answers to see if they agree on anything.

He made himself look very guilty so even if he didn’t have anything to do with it, it was his own fault that he got himself in trouble.

Guilty because he pretty much confessed to it during the recorded car ride.

I lean towards guilty.  Had the cadaver dogs not hit upon their rental car and the apartment, I would say innocent.  But with all those things, they look really bad.

He’s guilty of every single thing they suspect him of.

I absolutely think she is guilty.

If it came out that he was guilty, I would not be surprised.  But I don’t think they proved anything and I, for one, thought the documentary was fairly well done at not being biased like Making a Murderer was.  But at the same, when you have two people in a house and one dies and if it was murder, he absolutely did it.  On the other side, if it was an accident, I’d go with the owl theory.  If you look at the wounds on her head, they look like talons, they don’t look like a blunt object was used to beat her like the prosecution said.  So it was either an owl, or he was slashing her head with something, not beating her.

She made herself look so guilty, but I don’t know.  I just feel like there’s not enough to put her away, but the changes in her story are like 180 degree changes and it never really reconciled what the actual story was.  She says “I only said that because the police told me to say it”, but she never goes back to the original story.  I think she did not do herself any favors with all the stories and recanting of stories.  I think she’s just a loony girl because she seems that way when she talks on camera.

The brother.  What sold me on that was those marks on her body and then you find out that her brother’s railroad tracks set matched almost perfectly.  It’s like, okay we have physical evidence here, and that’s what I go off of.  From there then I can build a theory.  I think the brother was abusing her in some form or fashion and I think he either hurt her to the point where one of the parents had to finish her off or he did finish her off and the parents had to cover it up.  There’s so much wrong with that case.

I think she was abducted.  I think she either hitchhiked or just got into the wrong car.  The reason why I say that is they ran the dog, the search dog, and it ran down the street and then lost the scent literally in the middle of the road.  That makes it look like she got into a car.  Also, if she ran off into the woods and died, yes the elements and the animals can take care of a body pretty quickly, but they had a whole search party going on there, I think they would have found her.  I absolutely think she’s dead.  I don’t believe any of the theories of her running off to Canada with a new identity.

When we did that episode, we literally did a little bit of reading and watched the Paradise Lost Trilogy and did our commentary.  Knowing what I know now about it, that episode would’ve went a little bit different.  It would’ve been, here’s where they changed their stories, the reasons why they were considered suspects, and then I would finish with that the only physical evidence that we have is this bite mark on one of the victims that totally lines up with Terry Hobbs’ dentures.  I still don’t think it was the three teens, but I would’ve been a little more critical of their actions in the episode.

I don’t know if she was a malicious con artist, but she was a con artist.  I think it was something from her past that made her have to take on a new identity and it’s possible that she either had an abusive ex husband or some sort of criminal background.

The Deaths at Spreckels Mansion

Let me say that it is possible that she tied those knots herself and slung herself over that railing, but I don’t think she did that.  I think she was murdered.  I also don’t think she was responsible for the kid’s death.  I look at the handrail and I think that it’s too high for him to get on with his scooter.  How the hell did he go off the railing and then grab onto the chandelier and then come crashing down.  He had to have climbed up on the railing and then jumped to get the chandelier.  The theories on that are all over the place.  I can accept that the kid’s death was an accident, but I can’t accept that her death was a suicide.

*The Generation Why Podcast now has premium content and merchandise!  Check it all out at the Gen Why Podcast Shop!