If you’re into true crime and podcasts and still have not heard of The Generation Why Podcast hosted by friends Aaron Habel and Justin Evans, you must be living under a rock!  We interviewed Aaron to get his take on their rising popularity, the podcast itself, and his thoughts on some of their most popular cases.  Here is part 1 of our interview: 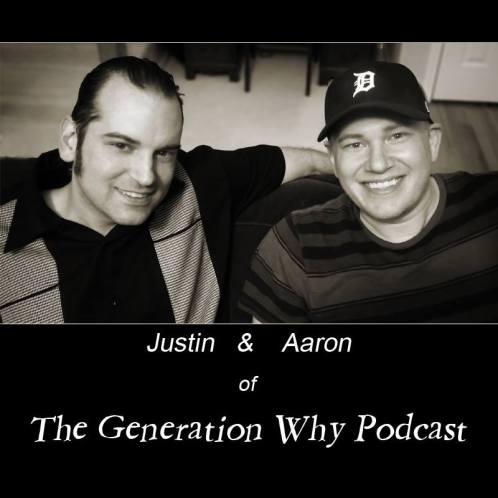 You guys started the podcast in 2012 with just a small group of listeners, what are your current stats?

It slowly goes up every month and right now we are at about 1.3 million monthly downloads.

Is that a steady rise or do you see jumps in downloads with certain types of episodes?

It’s a steady rise, but we do see jumps when we cover something that’s hot.  Although, as of right now, Justin and I have decided against covering hot cases.

With hot cases, we’ll find many other podcasts all covering it at the same time and we’d rather give our listeners something different.

How do you feel about being nominated for an Academy of Podcasters award?

Super excited!  There are so many amazing shows in our category, so who knows what will happen, but it’s an honor just to be nominated.

You guys now have sponsors, a web store, an app, meet ups, and guest appearances on other shows.  Was that part of the master plan when you first started the podcast?

Not at all.  It started out because we wanted to talk about Justin’s jury duty [Justin served as a juror on a murder trial] and the documentary The Staircase.  That’s it.  It started out as just having conversations, only we would record them.  But then as we got more and more listeners, we decided it can’t just be us recording conversations, it has to have some structure.

But you did keep the conversational style.

Right, it’s basically like an enhanced conversation.  All we try to be are true crime fans who do some research before talking about a case so we can include facts in there and maybe some discoveries we made while doing the research or things people didn’t know about.  But there have been some complaints that people don’t like our off the cuff take on things.

Well, the majority of your listeners enjoy the natural dynamics between you and Justin.  I assume that is a result of being friends since you were teenagers?

Correct.  Justin and I used to talk all the time over the phone for like an hour or more and that’s exactly why we do the podcast that way because once we get to talking about something, it just flows from there.

Have you ever regretted something you’ve said in an episode or do you edit that out?

No, that’s part of life.  You can’t say everything exactly the way you want to say it.  As far as regret goes, for me it’s not something I said, it’s more of sometimes regretting not having said something better to have finished an episode.  But that’s all part of not scripting our show, we don’t want a scripted show, it’s not for us, it’s better if we just play off each other.

*Coming up in part 2 of our interview: we ask Aaron to weigh in on some popular cases.